Entrepreneur and Founder/ CEO of KVP INC., a private equity management and real estate development firm focused on diversification in the real estate industry to provide space for enterprising entrepreneurs such as himself, helping to forge relationships and to fortify the community spirit. 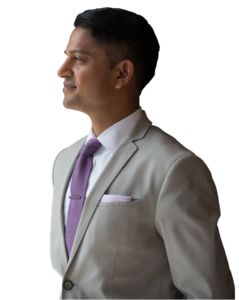 With a yogi’s heart and a business head, Krish Patel has always been reaching for excellence in myriad forms, knowing that sometimes to grasp the brass ring, you have to loosen your grip. Rest, reset, regain your balance and reach again. It’s something the 37-year-old learned along the way, starting from childhood when, at 10 years old, he manned the drive-through window at his parents’ dry cleaning business. His original entrepreneurial endeavor started as a class assignment to write a business plan while he was a student at the George Dean Johnson, Jr College’s New Business Enterprise class. With that foundation, he opened his first Verizon Wireless store (under his Wireless Communications franchise agreement) mere months after his college graduation from the University of South Carolina Upstate in 2008, procuring the small business loan he needed by putting his house up for collateral.

Just four years later, in 2012, Patel had cinched the Number 1 spot as the fastest-growing business in South Carolina for Greenville Business Magazine and ranked 25th nationally for INC 500. As President and CEO, he oversaw 50 Verizon Wireless retail stores and nearly 300 employees across five states.

In a move surprising nobody that really knows him, Patel opened his first yoga studio, Soul Yoga, in Greenville, SC, in 2015 — the same ear he successfully exited 40 of his Verizon locations. The remaining 10 Verizon stores, located in Texas, were sold in 2020. A second Soul Yoga Studio in Simpsonville, SC, opened in 2019. From 2016 – 2020, Patel lived in Austin, TX, and in addition to managing his wireless locations, he also owned Wanderlust Yoga Studio, one of the largest studios in the country.

In addition to his life’s pursuit of his passion and practice of yoga, Patel is an acid cycler and in 2021 completed the 275-mile Alzheimer’s Ride to Remember from Greenville to Charleston to support a friend who lost their mother to the disease. Patel also serves on the Board of Directors for the Urban League of the Upstate, the Advisory Board for the United Community Bank, and the City of Greenville’s Board of Zoning Appeals. He is a member of the Entreprenuers Organization (EO), and Young Presidents’ Organization (YPO), a global leadership community of chief excumunitives to effect positive change in lives and businesses, and is an active supporter for the Ronald McDonald House Charities of the Carolinas.